Get people talking about the books they remember as children, and all sorts of things happen. The voice softens. There is laughter. The eyes look beyond, beyond the room to another place, another time.

That’s what happened in the first session of my creative writing class last month at Barnstable County Correctional Facility on Cape Cod. For five years now, I have been teaching a ten-week creative writing class in the women’s unit once a year; this time around, I decided to use children’s books as the writing prompts.

I knew that more than half the women in the prison were mothers, and I figured that using children’s books would serve a dual purpose: provide a spark of inspiration for writing, and familiarize the women with children’s books that they may want to read to their children when they are released and reunited with family.

“When you hear the words children’s books, what do you think of?” That was the prompt on the first day of class, to allow me to get to know the women and hear a bit about their experiences. 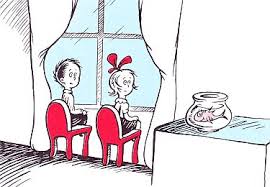 They wrote and wrote, about Dr. Seuss, Goodnight Moon, Rainbow Fish, Where the Wild Things Are, nursery rhymes. Jess wrote three pages about a book she remembered from her eye doctor’s office, about a girl who needed a coat, and the sheep that were sheared to get the yarn that would be dyed red, and all the steps of the making the coat. Her face lit up as she read this reminiscence from her composition book. The word “pain” was tattooed along her knuckles. She couldn’t remember the title, but the feeling the book gave to her was still there after so many years, shining through in her smile. 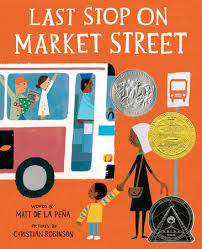 I read Matt de la Peña’s Last Stop on Market Street to them to kick off our second class. They marveled at the “real people” who populated the illustrations (especially the guy with tattoos), and wrote about a time that they became aware of haves and have-nots, of want or lack, or having something that someone else longed for. The women roared with laughter as Laura read aloud about her mother snipping alligators off of polo shirts and sewing them on less-expensive shirts so her kids felt they were wearing the “right” brand. The book was passed around; they hungrily inspected the vivid illustrations by Christian Robinson. They discussed a line from de la Peña’s story that stood out as a favorite, especially poignant when read inside the walls of a prison: “Sometimes when you’re surrounded by dirt…you’re a better witness for what’s beautiful.” 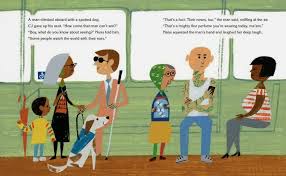 For our third week, I dug around my local library and found A New Coat for Anna by Harriet Ziefert, published in the 80s. It was all there as Jess had described: the girl, the sheep, the red yarn. When I brought it in for session 3, Jess’s eyes lit up. As we passed the book around, she wrote down the title and author; she’s getting out soon and will not be in class when I return. They wrote about treasured articles of clothing: the extra-cool jeans everyone wanted in their teen years, the favorite boots, the halter top that Mom disapproved of. Everyone wrote, laughing softly, nodding, their pencils scratching in their composition notebooks. 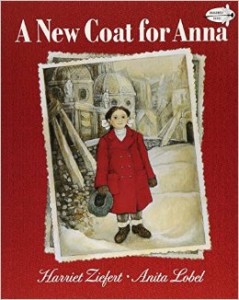 Some of the women read their words aloud each week, others shake their heads no, saying they will never read. Sometimes one participant will offer to read aloud the words of another. There are moments heavy with sadness, but more often, laughter.

In between the exchanges about books and writing there is talk about their children, getting out of prison, longing for coffee, wondering about the weather. As I bring a children’s book past the gates and checkpoints and metal doors, I feel like I’m carrying in a bright and vivid world, folded up as tightly as an origami box. We get to unfold it together, letting the colors and word play unfurl, warming the small airless room with cinderblock walls. 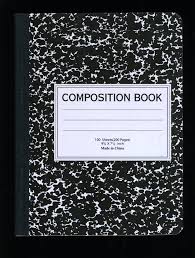 (Names have been changed to protect confidentiality)