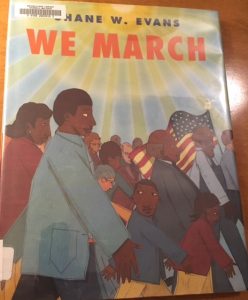 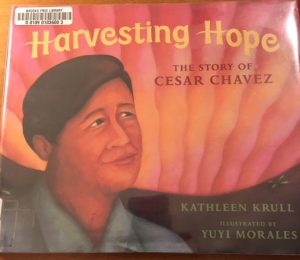 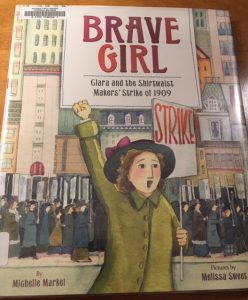 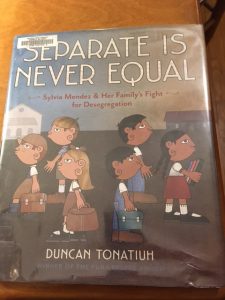 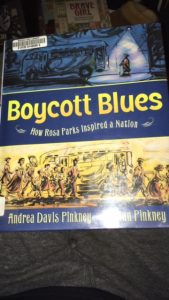 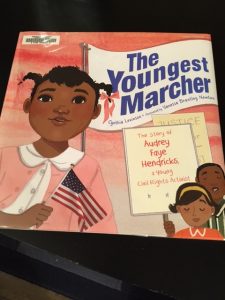 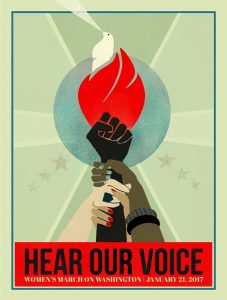 Our country has a rich history of marching on Washington, to defend rights, to protest, to resist.  Two picture books I have been reading capture this dynamic perfectly for young children.

The Youngest Marcher by Cynthia Levinson portrays the energy and idealism of children standing up for justice in the civil rights era. To counteract the cultural dissonance of our current President-elect criticizing civil rights icon Rep. John Lewis, read this book to your children. Young Audrey Faye Hendricks participates in the 1963 Children’s March in Birmingham, Alabama, offering a powerful example of youth activism. With beautiful illustrations by Vanessa Brantley Newton, this book was just published this month by Atheneum/Simon & Schuster.

We March by Shane W. Evans shows a family rising early, traveling by bus, and participating in a civil rights march in Washington DC. Its spare words and vibrant illustrations leave a lot of room for the child reader to ask questions or let the story weave its spell. A perfect picture book (Roaring Brook Press, 2011).

The Women’s March is in one week. May it contribute to the great history of marches on Washington to rally, protest, and resist!